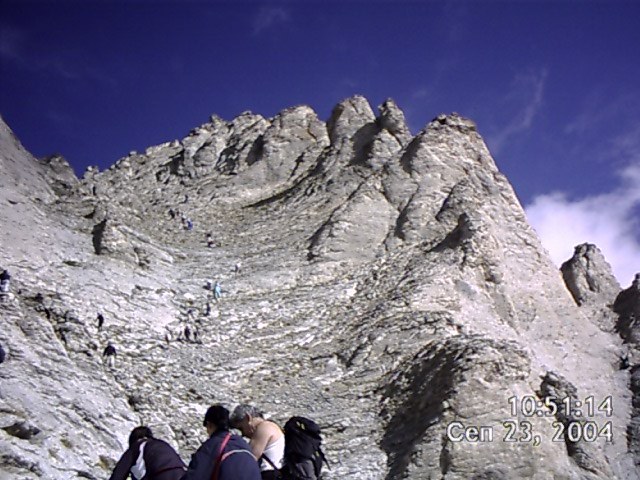 When I first went in Greece I have a small Deisy Multimedia digital camera. I think it model was Photoclip. It was 3 megapixel and I found that the pictures are with very bad quality. Before that moment I had a film camera Canonnmate which was better.

The purpose of the expedition were Solun, Miticas, Cavala, Meteori and Tasos. The year was 2004 – September. In other words I won`t give too much details because my memories are not so clear.

The journey started in midnight and in the morning we were in Solun for a couple of pictures. In the afternoon the bus stopped to a path leading to the hut beneath Miticas. We manage to get to the hut for a couple of hours. In 22pm the electricity was stopped. The night was a disaster – a common mens dormitory with around 20 snoring guys from a different countries.

On the next day we start to climb the path to the peak. This was my first peak.